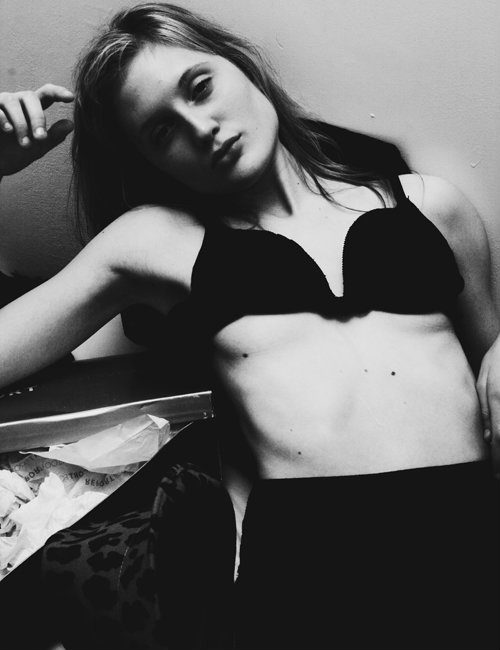 CNNMoney recently released a five-part series titled “Runway Injustice” that delves into the transgressions of the modeling industry. As I read through each of the articles, I was overwhelmed by a sense of connection while reading and listening to the interviewees sharing their experience in an open and honest dialogue. It’s a rarity to see industry people step forward and speak up about the maltreatment and infringement that takes place in fashion. Though my story is one in thousands, I feel a sense of obligation to you, to write about my life and the situations I’ve been through with vulnerability and honesty.

I first entered the fashion industry at fifteen. I was enthralled by the supposed glamour and fast-paced lifestyle that is portrayed in the media. When I walked into my first agency, they were warm and friendly. They promised me a future filled with success. It was towards the end of that initial meeting that they asked me to lose weight. Suddenly, the mood had shifted from amicable to demanding. My former booker, with no medical training or science background, advised me to consume no more than 1,100 calories a day. On top of the calorie deficit, I was encouraged to do an hour of intense cardio 7 days a week. Mind you, I was 6-foot tall, and weighed 110-pound going in.

The business was supposedly cutthroat and I went in knowing that full well. So, on that same day, I signed my first contract and entrusted my career to these strangers, naive to think that they had any regard for my personal well-being.

A few days later, the agency scheduled my first test shoot with a photographer flying in from New York. With my mom and $700 dollars cash in tow, I made my way up the stairs of a small, boutique hotel to meet him. As he greeted us in the lobby, I was informed that my mom wasn’t welcome to accompany me while I was shooting. I found myself alone in a hotel room, with a middle-aged man, wearing nothing but a tight skirt and a bra. I was uncomfortable and scared, but I felt like I had to do it. This was part of my job, right? I couldn’t let my agency down and if I spoke up for myself, I might lose the opportunity.

I quickly became desensitized to the situation. The photographer asked me to pose suggestively. He wanted me to look “sexy” and “drugged.” I complied as best as I could, twisting and maneuvering myself into the poses I’d seen in magazines and on social media.

I had no concept of what sexy really was. I had just turned fifteen; I had never kissed a boy and certainly was not having sex. I was a child. Just a few weeks prior, I was at summer camp playing Capture the Flag and making s’mores with my friends. A few weeks later, I found myself in this very adult situation having to embody a strong, seductive female; something that I wasn’t and something I shouldn’t have had to portray at fifteen years old. I was determined to get my agency’s attention. They sounded like they held the connections and the resources I needed to achieve my dreams. I did anything they asked me to do. It was a constant battle of “if you do this, we’ll do that,” but they never held up their end of the deal. And as they failed to deliver through inaction and incompetence, they blamed it on me; either about some randomly selected measurements or about weight, effectively body-shaming me into a clone, shaped and manufactured by the rigid and exclusive beauty standards of today. At the very least, I needed to be sexy, thin and blonde. As long as I kept my mouth shut and embodied those three qualities, there seemed to be always the chance that I could make it to the top. Over three years, they booked me exactly zero jobs.

Looking back, it was clearly a case of misappropriation of irresponsible blame, of a meaningless power game between grown adults and a child. As it happened, the moment I switched agency, jobs started coming in.

There I was, this fifteen-year-old girl, navigating high school, still having sleepovers with my girlfriends and going to ballet class after school, but also working in this highly sexualized environment, completely consumed by calories, inches, weight and exercise. It was a difficult time in my life and it left me feeling isolated and helpless.

I muddled up the motivation to fulfill the unattainable expectations the agency had laid out for me. I thought that I was being strong and disciplined by going to the gym two hours everyday. I felt obligated in my profession to subside on protein shakes, raw vegetables and brown rice. As the pounds flew off my already thin frame, my life started to crumble. I’m certain that the unspoken power dynamic my agency had over me contributed to my downward spiral. I can also attribute it to the unhealthy relationship that I had created with my body and my self.

I have yet to capture what I was experiencing in my own words better than what former model, Meredith Hattam, said in the first article of this CNN series. She says, “There is this culture that comes from the agency that you are disposable and you are so lucky to be here,” she reflects further by saying, “It’s a toxic power dynamic and it starts from the top.”

Certainly, I look back and wonder what would have happened if depression hadn’t taken two years of my life. I wonder what I would be doing if I hadn’t dropped out of college after the first quarter of my freshman year because of mental and physical illness. The disparity I felt during that time took me to the darkest, most crippling place in my life. A place where living seemed impossible and my self-worth was destroyed. I waited around, desperately hoping to be acknowledged by my agents. I worked day in and day out, fulfilling their every request, but knowing I would see nothing in return.

I’m always hesitant to share my story as a model, especially because I voluntarily chose to take the position. Genetically, I fit the absurd, circumscribed requirements that are today’s fashion industry standards. That doesn’t make me more beautiful or powerful than any other woman; it just places me in box, a box that society labels as ideal and aspirational, when really it’s not.

A lot of the healing I’ve had from the situation is due to the changes I’ve made in my life over the past two years. I feel incredibly fortunate today to be represented by my current agency that supports me in a healthy, positive manner. I work with extraordinarily talented people whom I adore and respect both personally and professionally. Yet the thing that has helped me the most, is taking care of my health on a physical and mental level and working to improve the relationship I have with myself every day.

Ultimately, this blog is a space where I write openly and honestly about my experience with the hope that I will be able to connect with and help others. In writing this, I seek neither sympathy nor understanding, but at the very least, I hope it creates a space where talking about personal experience, mental health and overall well-being are welcome and encouraged. 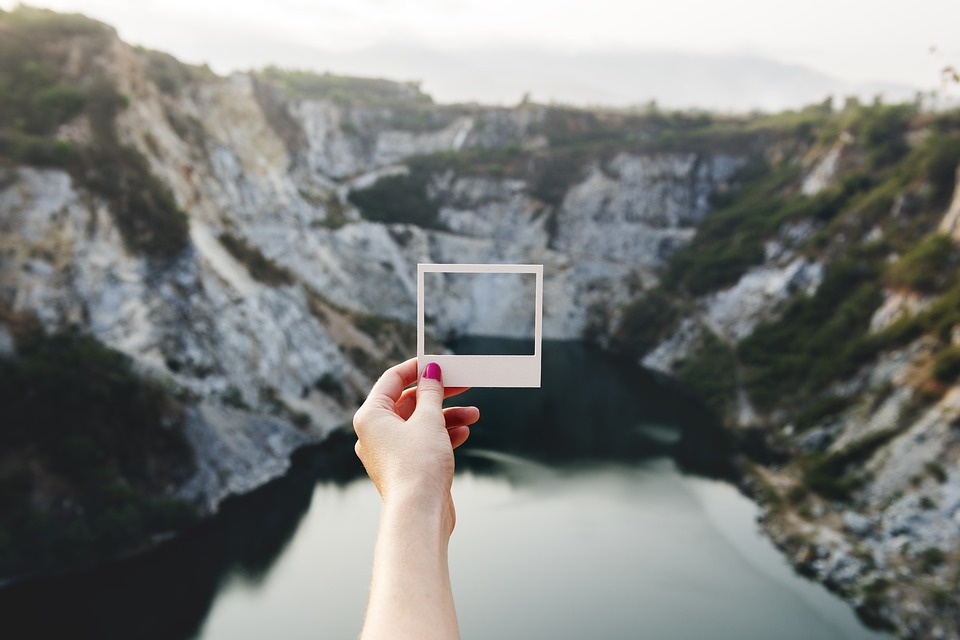 Finding Perspective After A Difficult Year 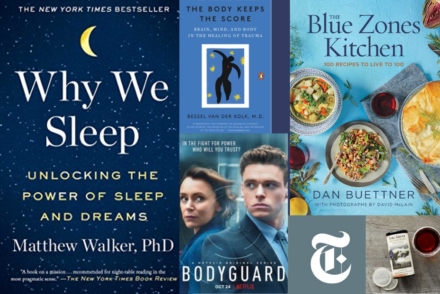 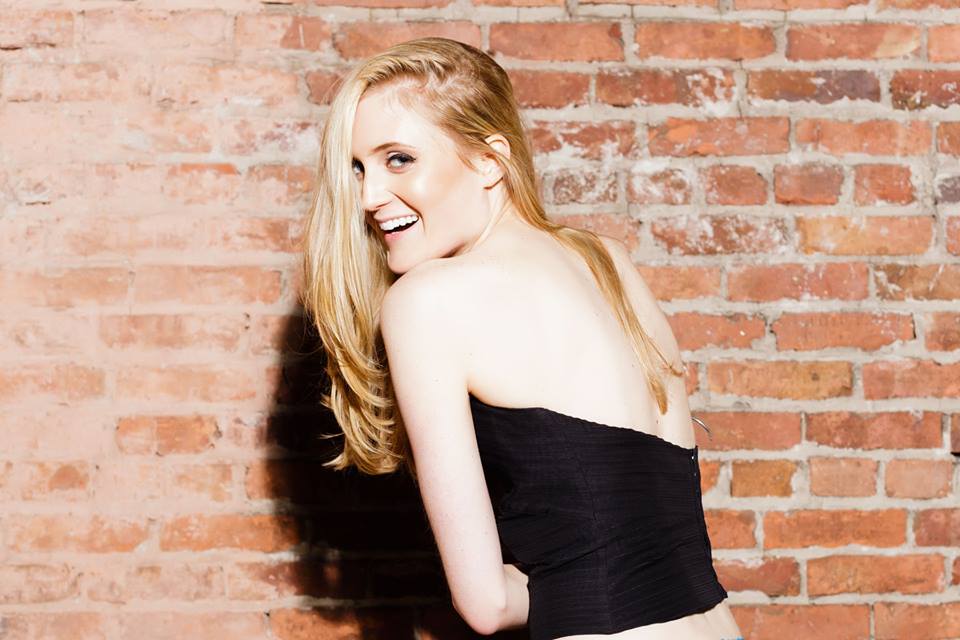